A win could become a loss, and a loss is always another win. Being a tennis player is not just about being someone who could just hit around a tennis ball with a racket. Senior Isaac Gyamera’s outstanding personality and work ethic with other players had earned him the title of March Falcon of the Month. “Isaac works really well as a teammate and really focuses on how to improve his game. The fact he has improved over the two seasons he’s been a player demonstrates commitment; he has already became my number one doubles player and really shows major improvement,” Coach Forbes remarked. While Isaac is on the tennis court, he feels excited and pumped up ready to play. “When it comes to tennis, I look up to Rafael Nadal; although Rafael never could compare to Federer, he still works very hard and keeps trying to work to the next level,” Isaac Gyamera noted. Keep up the good work, Isaac Gyamera and congratulations! 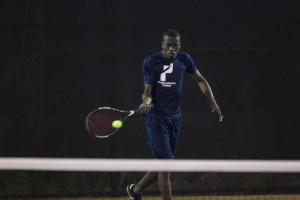 Naa-shika Addoteye is one of the newest to the girls tennis team this season, but don’t underestimate her! New to the team but not to the game, Naa-shika has been playing tennis since she was a little girl and enjoys it. She has been one of the most improved since the beginning of the season. Naa-shika is one that really stands out; Coach Staker describes her as a great team player that gets along well with her team; she has a positive attitude and always has huge smile on her face. She loves her team as if they are her family and plans to win more matches with them! 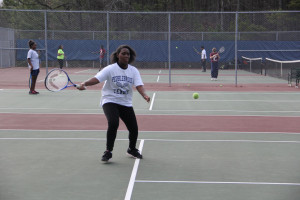