Our Falcon Football team is looking forward to the 2017-2018 season! The team partnered with Applebee’s to host a pancake breakfast fundraiser on Saturday. The event was well attended and gave our young men an opportunity to bond with one another while also having a bit of fun.

The Falcons will have a Spring Game vs Hillgrove HS on May 12th at 7pm at HOME.

Come out to show your support as the team looks to build on last year’s playoff run with multiple all-county selections returning. 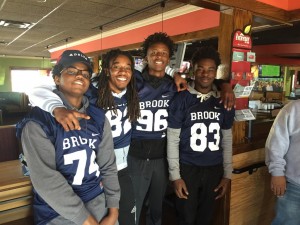