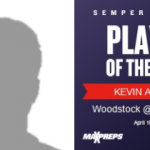 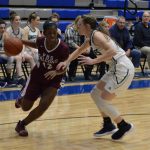 No Events This Week Events are added by athletic staff.

Pebblebrook will be holding Spring Tryouts  May 10 – 14 Sign Up Here!!!

On Wednesday, April 21, the Pebblebrook Falcons traveled just a few miles from home to take on the Newnan Cougars on a very famous baseball field. The final regional game of the season for the Falcons was originally scheduled to be played at Newnan, but a tragedy at the Newnan campus in late March forced

No Events This Week Events are added by athletic staff.

The Falcons flew over to Lindley Middle School and Garrett Middle School to speak to kids about academics, athletics and hard work and passed out information for all incoming 9th graders that are interested in joining the Falcon Football Team.

Falcon Family! We will host our annual “Physicals Day” on Tuesday, April 20th from 5:45pm-7:45pm in the Jackson gymnasium. ALL interested athletes must register via “Sign-up Genius” in order to have their physical completed. Link to sign-up is below. A parent signature on physical forms are mandatory. You will not be admitted without a parent signature.  Sign